A good number of the best walks in the vicinity of Nerja take place in the area of countryside to the north of the famous 'Caves of Nerja', just above the neighbouring village of Maro. Since these walks are generally quite long in themselves, we have elected to list them under the Walks Around Maro header, assuming that you will drive to and park at (or take a bus to) the entrance to the Caves. However, if you are looking to take an even longer walk then they can of course be taken from our Nerja starting point of the entrance to El Capistrano Village. This will add around 6 km to the total journey, there and back. The 'Caves of Nerja' walk listed below gives full details of this extension. However, on your return journey, you might choose to take the main road instead.

There are further walks from Maro that do not involve the area around the Caves, and our starting point for these is the car park just at the west entrance to the village, which, again, can be reached either by car or by bus. As above the route can be extended by starting out from El Capistrano. However, in this instance, we have included the Nerja-Maro extension as part of an actual, longer, walk - to the Maro Tower - as listed below, since this in itself, from Maro, would be rather a brief undertaking.

Although it is possible to get to the Caves of Nerja by the main road there is also a much more scenic route that can be taken, leaving from the edge of El Capistrano Village. After passing alonside the ruins of the San Joaquin Sugar Mill, the route then takes you past the end of the Puente de Aguila aqueduct (which can be viewed from above by means of a short detour), and then across to the Caves via the Barranco de Maro.

This route starts off as that above, but then turns off down by the old sugar mill, which is well worth an exploration in itself. It then takes the old coast road to Maro, via the Barranco de Maro, allowing a view of the striking aqueduct (El Puente de Aguila) from underneath. On reaching Maro the route then leads up to the Maro Tower before descending back to the coast road and returning to Maro, and then onwards, by the main road, back to Nerja, albeit with a couple of further sights en route.

The route takes you out west of Nerja, parallel to the coast road, taking in the Ermita de San Isidro along the way. The Ermita is a small chapel, or shrine, located on top of a decent-sized ridge, giving some excellent views of Nerja and the surrounding countryside. San Isidro is the patron saint of farm workers, and celebrations in his honour take place throughout Spain on the 15th of May each year.

The route again takes you out west of Nerja, further north, parallel to the motorway this time, and up to the crest of the ridge between Nerja and Torrox, from where there are some excellent views to be had. Obviously a certain amount of climbing is required. but on good surfaces. The route back takes in the course of the Rio Seco followed by Nerja's Playazo Beach, where several bars and cafes can be found.

During this walk we reach the peak of Cerro del Pinto, a rounded hill to the north of Nerja, between the Higuerón and Chillar river valleys, and named after a 16th Century sea captain, Francisco de Pinto, who erected a cross here in gratitude for surviving a terrible storm, this being the first land they sighted. Later replaced by today's more elaborate shrine, it became a popular place of pilgrimage.

This walk begins just to the north of El Capistrano, heading north into the nearby mountains, and providing some amazing views of Nerja and the coast down below. After a somewhat difficult climb up to the Tragalamocha peak itself, the route then descends, equally challengingly, to the valley bed through which the Rio Chillar flows, down from the region of Frigiliana to Nerja itself.

This walk is one that we have devised ourselves, basing it around a number of old drover routes in the vicinity of Nerja - including the Camino Viejo de Málaga and the Camino de la Molineta. Needless to say a good proportion of the route is now comprised of concrete roads, created for the benefit of various fairly recently constructed villas, but the spectacular views remain, as also does, hopefully, its historical context.

Nerja to Frigiliana (7 -9 km self guided)

Legend has it that there used to be nine separate walking routes between Nerja and Frigiliana, and we ourselves have still been able to identify three such (and have created two further of our own). Hence, in principle, you could take any one of these routes out to Frigiliana, enjoy lunch in one of its delightful cafes and restaurants, and then return via a different route, giving a total of twenty (!) alternative ‘there-and-back’ combinations. 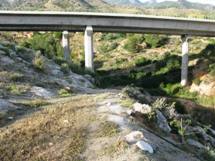 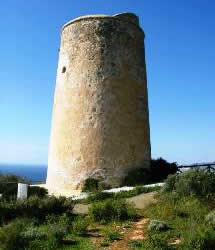 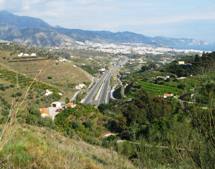 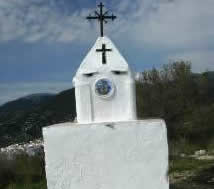 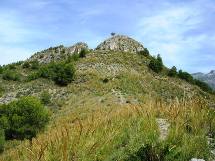 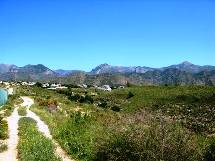 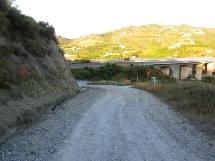