Until only a few years ago - with one notable exception - there was very little published on walking around Nerja, at least in the sense of routes and accompanying maps and descriptions.

This one exception consisted of a wonderful series of self-published individual booklets, each focusing on one particular walk, and put together by the legendary Elma Thompson, doyenne of serious walking in this region. Initially in collaboration with her late husband, Denis, and then later on her own account, Elma's route descriptions have dominated this area for over 20 years (see examples opposite).

For further details of these various sources see below..

However there is a caveat that we really do have to mention, awkward though this is.

In preparing this website we decided from the beginning that we had an absolute need to try out all the routes that we are putting forward, and the truth is that, even with all the resources described in this section, we found this to be quite a difficult task. Indeed we had to have an average of at least 3 separate goes to get the routes right, without ambiguities, wrong turnings and so on (maybe we're just not very good at finding our way?).

Since our efforts have been backed up by modern GPS technology, this has enabled us to upload our routes to an accurate Google-type map, and to this we have added numerous photographs at difficult points, in addition to what we hope is a clear textual description.

We also regularly re-check that the routes still work as described - motorways can get built across them, villas likewise, fences erected and so on, and it is essential to keep up to date with the description provided, which is, of course, a further drawback to such already published sources.

Hence, although it sounds as though we are blowing our own trumpet, we believe that our own website route descriptions, linked to the hugely popular and interactive 'MapMyWalk' website, together with our own downloadable PDFs, represent the very best route guide that you could access, and hence that there is actually little or no need to consult any of the published sources listed here, although they may well give a wealth of useful background information that is ancillary to the walks themselves.

After moving to the Nerja area in 1987, Elma Thompson, together with her late husband, Denis, began the compilation – now running to around 100 different routes – of walking routes around Nerja. Now in her 80s, and less mobile than previously, Elma is probably no longer going to be able to keep her routes tested, and therefore we have tried to build our own series of routes around her original series, but also adding variations of our own. Her original booklets, though, are still available in a number of local bookshops, including ‘WH Smiffs’ in Nerja.

However Elma’s lasting legacy is her several series of individual walk booklets (usually purchasable in bundles of half a dozen or so): the Nerja (NE/01 to NE/27) series, the Frigiliana (FR/01 to FR/12) series, and the Torrox Costa (TC/01 to TC/30) series. These regularly (until recently) updated booklets contain hand-drawn, but remarkably informative, maps, combined with an excellent route description, and much interesting background information as well.

In describing our own series of routes we make reference to the Elma Thompson walks that they are based around, and you may well wish to obtain copies of her own booklets to add depth to our own descriptions.

These 12 walks are all very much reachable from Nerja itself, but the maps are simply hand-drawn sketches, accompanied by a somewhat abbreviated textual description.

Only a few of the walks described are located close to Nerja itself, and, again, are accompanied by only very rough sketches and very basic route instructions.

A number of Roger’s ‘Wild Walks’ have been published in the (freely distributed) Insight magazine, but don’t include map details. He has also published a wide number of booklets, 10-15 years old now, covering walks in a wide area around Nerja, but the maps are very much of the hand-drawn variety, and don’t really stand up against modern GPS technology. You may still find copies of his booklets in various local bookshops, but they can’t be described as a readily available source of information.

One of the attractions of the Axarquia area is, as alluded to above, the wide variety of (free) monthly magazines that is available. Probably the best of these is Soltalk (previously NerjaEssential), and in the period 2003 to 2008 it published a regular series of articles by Tony Allen, describing walks that were very much located in this area.

Of course they are now a bit dated, especially in terms of the walk description (as described earlier, routes can become blocked off or otherwise become non-negotiable), although the original route descriptions were quite good, despite no map details being provided. However Tony Allen’s wealth of background detail and accompanying photographs still make these articles a good background source of information. Fortunately the Soltalk website contains archived versions of the walks published between 2006 and 2008, which can readily be printed off, and certainly are well worth consulting.

Subtitled ‘All along the coast from Nerja to Manilva’, this books contains details of 34 routes in total, 7 of which are readily accessible from Nerja itself. The routes are well described, and are accompanied by medium-scale contour maps with the route drawn in. However these maps, although useful to show you where the walk takes place do not really add to the written description.

The walks described take place from Maro, the Caves of Nerja region and the village of Frigiliana, and many of their features are incorporated into the series of walks which we shall be presenting later in our own format.

Provided with rather more informative maps than in his earlier publication (above), and with equally clear directions, only about half a dozen of the 30 walks described actually lie within easy reach of Nerja.

Of the 36 walks described in this book, only 6 take place in the Axarquia region that lies to the west and north of Nerja, and only 3 of these within immediate reach of Nerja, and therefore the author’s follow-up title (below) is probably more relevant to us here.

The maps and associated descriptions aren’t bad, but they’re not 100% easy to follow, and we do feel that, in contrast to our own route descriptions, together with accompanying photographs at ambiguous junctions, given in the PDFs associated with this website, there is a substantial chance of taking the wrong route.

Although 24 walks are described under this title, only half a dozen of them are strictly doable directly from Nerja, the remainder being based in the Competa area, or even further out.

Of the 40 excellent routes described in this rather differently styled book, only about 3 actually begin in Nerja, the remainder being spread out over the rest of Andalucia, as the title suggests. The accompanying maps are helpful, although the route narrative tends much more towards the anecdotal than the purely descriptive.

In recent years the internet has begun to dominate this area of interest, as it has much of current existence. The advantage of website-based itineraries is of course that (hopefully) they can readily be kept updated, to allow for route changes and so on. The following are just a few of the sites that you may find interesting (obviously a session spent on Google will probably widen this selection out considerably).

AxarquiaOnFoot (this interesting website contains details of about 30 quite innovative local walks that its authors have published for what looks to be non-commercial reasons; we have ourselves adopted several of these) 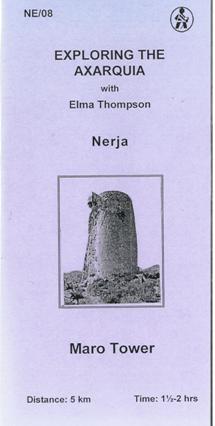 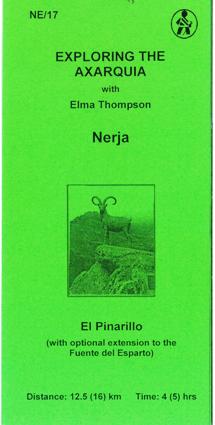 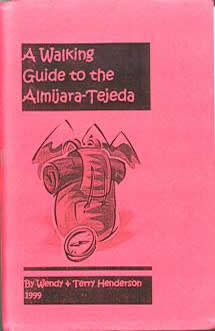 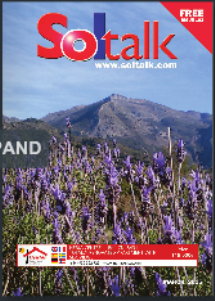 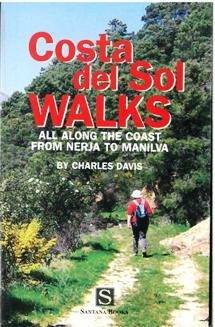 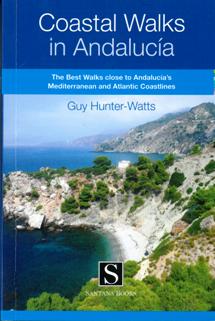 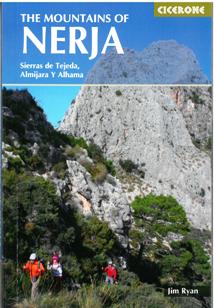 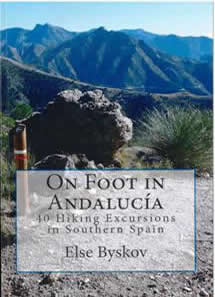